` 11 Most Beautiful Regions in Belgium - Globusholidays 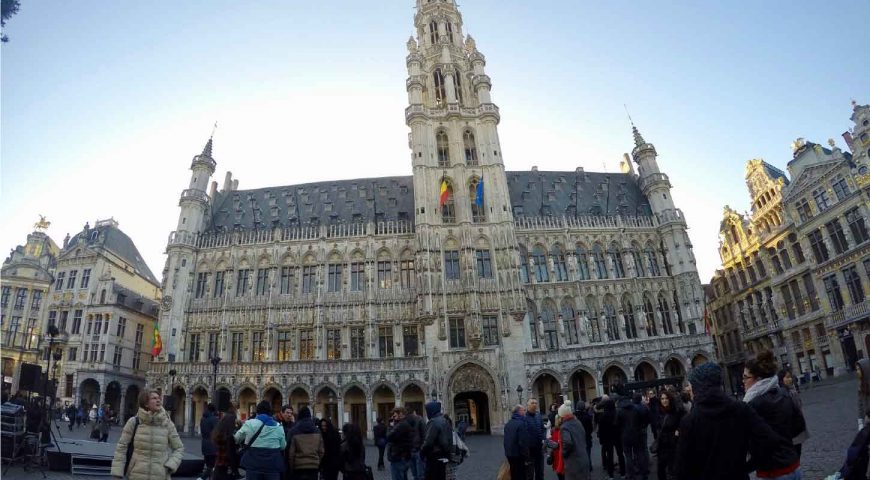 11 Most Beautiful Regions in Belgium

A fascinating place to visit, Belgium consists of three very autonomous regions, with Flanders in the north being very different both culturally and linguistically from Wallonia in the south and the multicultural capital of Brussels in the center of the country. As such, the northern cities of Bruges, Antwerp, and Ghent with their spectacular historic centers offer up a very different proposition from the more industrial cities of Charleroi, Liege, and Namur in the south.

In addition to its diverse communities, cultures, and languages, Belgium also boasts a wide array of different landscapes, with its windswept North Sea coastline contrasting delightfully with the peaceful countryside that makes up much of the country, and the humongous forests that can be found in the Ardennes.

Located in the northeast of Belgium bordering the Netherlands, Antwerp is dominated by the city of the same name. When traveling between the region’s fascinating cities, you’ll see lots of scenic countryside, with woods and farmhouses dotted between the many farms and fields.

The second-largest city in the country, Antwerp is awash with beautiful buildings and interesting monuments and museums for you to check out. It is also renowned for its diamond trade and wealth of great shops and upmarket boutiques.

Away from the trendy capital of the region, Antwerp also boasts the towns of Geel and Lier, which sport impressive belfries, as well as Mechelen and Tournhout, which both have delightful historical centers for you to explore. In addition to this, it also hosts the world-famous electronic music festival Tomorrowland, which draws people from around the world to the small town of Boom during the summer.

entered around Ghent, a lively university city with a gorgeous medieval center full of cathedrals, churches, and castles, East Flanders is a beautiful part of the country to visit, with a lot for you to see and do.

Defined in many ways by the four rivers of the Dender, Durme, Leie, and Scheldt that run through it, the region’s countryside is mainly quite low-lying, although the southern realms – which host the famous Tour of Flanders cycle race – are quite hilly.

Besides Ghent, the region boasts a rich history and cultural heritage. This is proudly on display in the beautiful historic centers of Dendermonde and Lokeren. The famous carnival in Aalst is not to be missed; for three days, the city is bathed in color, with parades and floats going by.

Surrounding Brussels, the capital of the country, Flemish Brabant is full of wonderful nature for you to enjoy, with the majestic Sonian Forest and its myriad of cycling paths and hiking trails being particularly delightful to explore.

Leuven, a lively university city, is the capital of the region. Here, you’ll find the oldest Catholic university in the world and one of the most beautiful historic centers in the country. In addition to this, it also has lots of interesting cultural landmarks on show, as well as some fantastic old buildings, great shopping opportunities, and pounding nightlife.

The rest of the region is similarly worth visiting. Highlights include the beautiful belfry in Tienen, the famous abbey and brewery in Grimbergen, and the town of Tervuren, which is home to the fascinating Museum for Central Africa and a beautiful park that stretches into the Sonian Forest.

Bordering the province of the same name in the Netherlands, Limburg in the east of Belgium is often overlooked by visitors to the country. As such, it is a great place to head to if you want to escape the crowds and discover some hidden gems.

Hasselt, the capital of the region, is undoubtedly the main draw due to its lovely historical center. It boasts a beautiful abbey, basilica, and cathedral, with lots of peaceful little parks and gardens scattered here and there.

Further afield are the cities of Genk and Beringen, which have lots of industrial sights tucked away amid their splendid scenery. Tongeren, one of the oldest towns in Belgium, is also well worth a visit.

Despite being home to the entirety of the Belgian coast, West Flanders is known for one thing and one thing only – Bruges. Often called the ‘Venice of the North,’ due to its lovely waterways, the city boasts a marvelous medieval center complete with centuries-old churches, basilicas, and historic buildings. As such, it is not to be missed out on.

As it can get a bit crowded, it is well worth exploring some of West Flanders’ other sights so you can experience a more authentic side of the country. The Belgian coast has some fantastic seaside towns on offer, such as Oostende, De Haan, and Knokke; these are connected by the longest tramline in the world, which runs the length of Belgium’s North Sea coastline.

The city of Kortrijk also has some wonderful medieval sights. At the fortified town of Ypres, you’ll find some of the most famous battlefields from WWI, as well as lots of neatly laid out cemeteries and memorials.

As much of its territory is scarred by the coal mines and heavy industry sites that once made Hainault in Wallonia fabulously wealthy, the region is not particularly attractive, and its sprawling cities and towns have certainly seen better days.

Plagued by an economic decline for several decades, there are a lot of abandoned mines, warehouses, and industrial sites scattered about here and there; this is actually what makes Charleroi, the largest city in the region, so fascinating to explore. Once voted ‘the ugliest city in Europe,’ it now attracts ‘urban explorers,’ who come to see its derelict yet strangely alluring sights. Its fantastic photography, fine arts, and industry museums are also well worth checking out.

Besides Charleroi, the region is also home to the charming municipality of Chimay, which is renowned for its beers and cheeses. Both Mons and Tournai have great city centers with towering cathedrals, beautiful old townhouses, and impressive cultural landmarks.

Located in the southeast of the country bordering the Netherlands, Germany, and Luxembourg, Liege is a delightful part of Belgium to explore. The region is dominated by the city of the same name, which is the largest city in Wallonia.

Due to its strategic location on the river Meuse, the city of Liege is still relatively affluent compared to other cities in the south; this is evident in the wealth of shops, restaurants, and bars. This very picturesque place has a beautiful historic center for you to discover, as well as lovely riverbanks and green hillsides for you to stroll along.

In the east of the region, you’ll find the small, German-speaking part of the country, with its capital Eupen particularly interesting to visit. The town of Spa is not only home to lots of wellness centers and hot springs, but also the Formula One Belgian Grand Prix.

The largest region in the south of the country, the sparsely populated Luxembourg is a nature lover’s delight, as its scenic countryside is made up of rolling hills and forests as far as the eye can see.

A very popular tourist destination among both Belgians and the Dutch, the Ardennes are its main attraction. The wonderfully wild woods and untouched landscapes are home to a multitude of great cycling paths and hiking trails that weave their way through the stunning scenery.

Dotted here and there are some lovely little towns and villages, such as Bouillon and Bastogne. Durbuy, the world’s smallest city, is the undoubted highlight with its winding cobbled streets and marvelous medieval architecture.

Based around the city of the same name, which is the capital of Wallonia, Namur is a very picturesque part of Belgium to explore. Charming towns and villages lie among huge swathes of countryside, with lots of forest-covered hills and valleys to get lost in.

Alongside the city of Namur, which boasts a lively historical center and an incredible citadel overlooking both the Sambre and Meuse rivers, Dinant is the undoubted star of the show; its delightful old town is located in an absolutely gorgeous setting, with the Meuse running right beside it.

Much of the region is made up of picturesque countryside, so there are lots of great outdoor activities to partake in, with hiking and cycling both popular pastimes. In addition to this, you can also go kayaking along Namur’s winding rivers in summer when the weather is nice.

Located just a stone’s throw away from the nation’s capital, Walloon Brabant is often overlooked by visitors to the country. This is a shame, as it has a lot of hidden treasures which are well worth a visit.

As well as the plethora of beautiful natural sights that dot the region in the shape of its many forests, Walloon Brabant also has some fascinating historical sights on offer; visit Waterloo, the site of a famous battle, and Villers-la-Ville, home to an absolutely stunning ruin of an old abbey that is just as big as it is beautiful.

Louvain-la-Neuve, the largest town in the area, is also worth a visit; the vibrant university town bustles with life, and its main attraction is the Herge Museum, which looks at the famous comic book writer’s life and legacy.

The second most multicultural city in the world, Brussels is a fascinating place to explore. The nation’s capital has a plethora of different neighborhoods, each with its own look, feel, and identity. As Brussels is bilingual, with both French and Dutch being spoken, you’ll hear a lot of different languages; this is also in part due to it being the home of the European Union institutions.

The Grand Place is widely considered to be the most beautiful square in Europe, and is undoubtedly its main attraction. But there is much more for you to see and do, with the Atomium and Manneken Pis also very popular.

Alongside its multitude of amazing monuments and museums, the city’s architecture is eclectic, and loads of great restaurants and bars can be found scattered around. Delirium Cafe remarkably boasts over 2,000 different beers for you to try – a must when in Belgium.